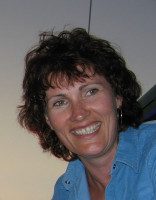 Adriana Antonic is a preschool and kindergarten educator with over 36 years of experience in the early childhood education field, both in Canada and in Europe. She completed her training in 1999, at the Montessori Training Centre, an Association of Montessori International approved training facility, located in Vancouver, British Columbia. She is the holder of AMI Montessori diploma, Permanent Independent School Teacher certificate and Early Childhood Educator certificate.

Immediately following the completion of her training, graduating at the top of her class, Adriana was recruited by the largest Montessori school in Western Canada, where she worked from September 1999 to June 2005, rising to the position of a preschool and kindergarten directress. Prior to immigrating to Canada in 1995, she was a kindergarten teacher for 13 years in her native Slovakia, where she received an early childhood educator’s diploma at the college level.

As an independent educator and school director she always looks for opportunities to continue expanding her knowledge and add to her already vast experience. Adriana chose Montessori as her life work, feeling that the Montessori philosophy best meets the needs of the developing child. Since September 2005, when the first Bright Star Montessori School classroom opened its doors, she has been providing the very best in development of her young clients, in a small, personalized, caring environment.